Social media is a game where you choose to participate. No one forces you to share your soul. You share your junk,on a variety of platforms,to friends, acquaintances and the general public. You share reviews of products, thoughts on politics and links to websites that interest you. Personally, I am a ranter. I see what I consider an injustice and I let it all out...most probably in 140 characters or less on twitter with a hash tag or two. I also post things that are beautiful to me.

What I've noticed lately is exposing yourself on social media can give you insights into people that perhaps best should have remained hidden. Too many of my friends and family let their freak show shine and it's all I can do not to hurl. From the 'patriots' and Obama haters to serial over-posters, I have discovered way too much about people I genuinely care about. And I'm sad to say, it has changed my opinion of them. How could it not.

What once was kept in the privacy of your own mind grapes is now willingly exposed for the world to see and judge. And boy do I judge. Oh yes, you did post that...and my jaw dropped. How could sweet gentle Suzy think that? How could Jim really believe that? Who is going to tell them, who is going to show them their folly? Who? Me that's who.

I am not innocent in this matter, I too have been lured into the narcissistic belief that my postings could change opinions and I hope I have not offended anyone. I sincerely try to not start any posts that could betray who I am, but by my comments on other peoples posts it becomes very obvious who I am.

I can go weeks with out commenting on peoples posts but it just builds and builds and I have to let them know that they are fucking full of it. How could they possibly really believe that. It is like watching a gorilla throw shit at a crowd and not saying anything. I cannot in good faith allow them to live in their delusional world a moment longer, I have to call them out.

I've been in link wars, I've shared my story, I've argued with reason and logic, but you cannot change people. We are now more polarized than ever and my reaction plays neatly into that narrative. They know it pisses off somebody so they just do it. They pathologically post and I pathologically react...it's a marriage made in hell.

The more open we are the more closed off we become. We live in an American where nobody and I mean nobody likes to be told what to do. We collectively force each-other out instead of drawing each-other into a conversation. We talk at each other instead of to each other. Information has replaced conversation.

This is a bit of a confession. It's about me. This is my problem to work out and I have to put the effort into it dealing with it. So if I comment on your posts and it seems I am questioning who you are and what you believe, you are probably right. I only hope I do it out of love, I hope that my comments can start a conversation that doesn't' just become a purging of my anger. I hope I measure twice and cut once. Pray for me.
Posted by Gregg Stokes at 9:20 PM No comments:

Having just tweeted my 1065th tweet, I am finding this one-hundred and forty character, compressed thought process, has infiltrated my career.

Try as I might, I bounce from project to project with nary the time to engage in the kind of in-depth thought process required to really make a creative difference. Yes, I produce, I produce a lot. But the bursts of creativity are short, succinct and sweet.

My creativity has not suffered, it just the difference between opera and rap. One sustains the notes to historic heights, the other like a wood pecker hitting a tree. Both beautiful, but not restful.

So as I reflect upon this, I hope that less time than a year passes before I sense the urge to blog. The urge to let it all hang out (past 140 characters)....whew...time exhausted. Wait, what was that shinny object...see you  later.


Posted by Gregg Stokes at 4:46 PM No comments:

As if my who am I post were timeless here is who I am since then...they make them, I join them...

Posted by Gregg Stokes at 6:26 PM No comments: 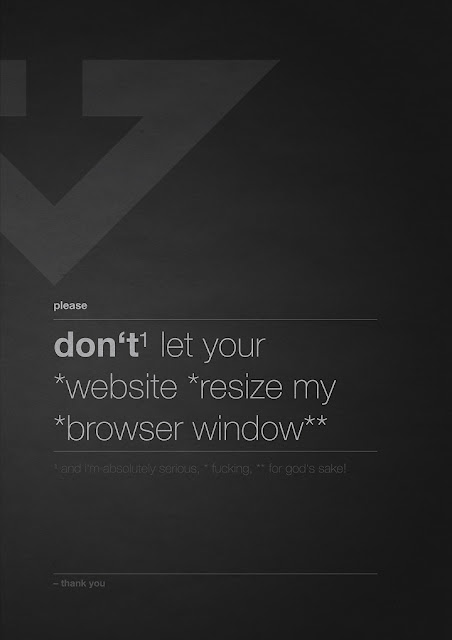 This pretty much sums up my thoughts on this subject.
Posted by Gregg Stokes at 11:39 AM No comments:

"When you have children, you will always have family. They will always be your priority, your responsibility. And a man…a man provides. And he does it even when he is not appreciated – or respected…or even loved. He simply bears up and he does it…because he’s a man."

- Breaking Bad, Gus to Walt
Posted by Gregg Stokes at 10:35 AM No comments: I'm not sure what I was searching for when I stumbled upon this. I think this sums up my daughters interests. One attends University of Cincinnati Conservatory of Music and one dances ballet with San Diego Ballet Academy. It is great to support their passions, but more importantly it is a blessing to see what kind of people they are becoming. I'm a lucky man.
Posted by Gregg Stokes at 10:52 AM No comments:


I'm sure that I'm missing a few...that I should join...
Posted by Gregg Stokes at 12:09 PM No comments:
Older Posts Home
Subscribe to: Posts (Atom)